“Artistry From the Lectern,” Scene, the Pictorial Magazine, September

Architectural Craftsmen of the Northwest: An Illustrated Directory

Fountains in Contemporary Architecture, American Federation of the Arts

Who’s Who in American Art

Art of the Thirties, University of Washington Press, Seattle

Who’s Who in American Art

Numerous feature articles and critical reviews in The Seattle Times, The Seattle Post lntelligencer, and the Seattle Weekly

ABOUT THE HOME PAGE SLIDESHOW IMAGES 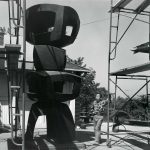 George Tsutakawa standing outside his home studio with Waiola Fountain, to be installed at Ala Moana Center, Honolulu, HI, 1966 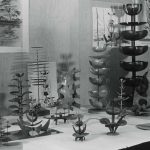 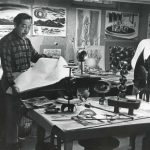 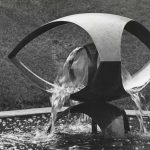 Fountain of Reflection, University of Washington, 1962 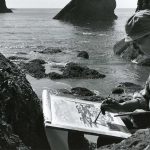 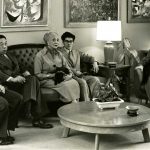